"Sweetness in the Salt" Promotional Event 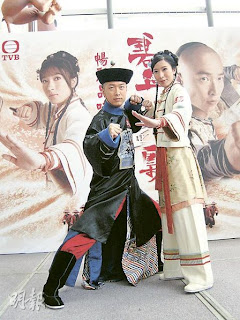 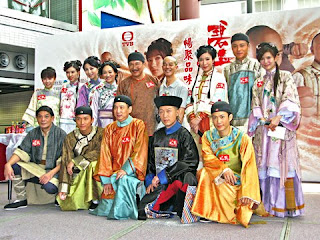 Producer Lee Tim Sing laughingly says that the series will not beat "Rosy Business" in ratings.

Lee also praised Raymond Wong, saying that there might be a chance that Raymond will 'explode' out because, when the series was released overseas, the audience had great feedback for his character as Wu Ting Hin.

Leading lady Tavia Yeung admits that there is a lot of pressure, and says, "We do have confidence [in the series] because the series did very well in Canada [and overseas]. Plus, both 'Salt' and 'Rosy' are series about essential items. (Is your character similar to Sheren's fourth wife?) I didn't watch 'Rosy', so I am not familiar with the personality of Sheren's character'. However, my character changes from a naive person who knows nothing to a boss who is in charge of the household, and she is very brave".

"A Watchdog's Tale" was supposed to air originally, but TVB decided to air "Salt" because of the success of "Rosy". Steven already admits defeat in ratings compared to "Rosy", but "Salt" will still bring surprise to the audience. Steven Ma says, "'Rosy' is a very rare series. Sheren Tang and Wayne Lai are actors I really like, so it is difficult to be better than they are".