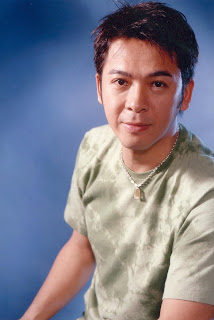 In 1983, Derek was working as a stunt double in ATV and a colleague, Savio Tsang, suggested that he should switch into acting. At the time, Derek had never thought of becoming an actor because his dream was to become a martial arts teacher.

Derek participated in TVB's 4th New Talent Singing Awards 1985. He managed to make it to the final due to his imitation of Koji Kikkawa's back flip during the performance. In the same year, Derek was spotted by a director and was cast for a movie role in 豬仔出更 with Kathy Chow Hoi Mei, Lee Ka Sing, and Wilson Lam Chun Yin.

After acting for the first time, Derek had become interested in role-playing. At the time, Kathy Chow Hoi Mei handed him a form for TVB's Acting Class and encouraged him to fill it out. In 1986, Derek was enrolled in TVB's Acting Class and officially entered TVB. His classmates included Jimmy Au Sui Wai, Gilbert Lam Wai Sun, and Wong Wai Tak.

Personal Note: Derek is very versatile but is always typecast as the evil character. When you think of an ancient TVB series, Derek's name will be the first to pop into mind. His outer appearance and facial features are very suiting for the ancient look. He is very 型!

I had the chance to bump into him outside of TVB in May of 2006. Too bad his eyes were closed for the snap. Take a look at his t-shirt: he wore in in a magazine interview and in "The Family Link".