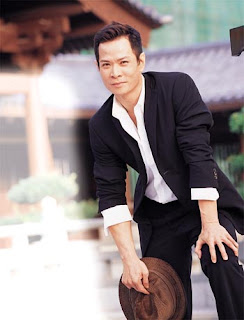 Many viewers might only remember Berg from the ATV series "My Date With a Vampire", but Berg Ng has been around for some time. Berg graduated from TVB's 11th Acting Class in 1982. His classmates included Tony Leung Chiu Wai, Stephen Chow, Bobby Au Yeung, Francis Ng, Eddie Kwan, Mak King Ting, Eddie Cheung, and Wilson Lam. TVB initially wanted Berg to host a variety show after graduating from the class; however, Berg rejected it due to love affair problems. For that reason, TVB gave up on Berg and did not sign him as a contracted artiste. At that time, he could only turn to ATV and sign up for their acting course. He eventually entolled in ATV's 2nd Acting Class in 1984 and officially joined ATV. After staying in ATV for almost twenty years, Berg left in 2003. Now, he stars in movies and films series in Mainland.

In his ATV days, Berg played numerous villain roles and most of them were ancient series. Unlike Derek Kwok, Berg does not know martial arts. Yet, he seems like a natural when it comes to fight scenes. He is also Tony Leung Chiu Wai's best friend. They have known each other ever since the TVB days. Whenever Tony needs a friend to talk to, Berg is the guy he spills his guts out to.

Personal Note: ATV always typecasted Berg as the villain role in series. Maybe it is because he has that evil look. I find it very surprising that he doesn't know any martial arts. He seems as though he would know some considering how many fighting series he was cast in. My favourite series of his would obviously be the MDWV series, and I also loved "Project Ji Xiang", "Ten Tigers from Guangdong", and "The Interpol".
Posted by hyn5 at 12:38 PM