Kenneth Ma Rumoured to Be in "Iron Horse Seeking Bridge"

Raymond Lam will not be filming this series. TVB will be using an outsider.

Quote from 富貴貓: This person does not have much experience filming series or acting, and also believes that many people will say 有冇搞錯 (what's up with that?).

Personal Note: 富貴貓 Marie didn't reveal whom TVB is considering in casting for the series. She also said that this person has parents from the industry.

At first, I thought of Dexter Yeung; however, he only has a famous mom, Connie Chan, and not a famous dad. The second name that popped into my head was Shaun Tam (譚俊彥), Dik Lung's son. (Dik Lung's wife was an actress.) Shaun Tam also doesn't fit the profile because he's been in 11 movies and 3 TV series (possibly Taiwan series).

At the moment, I can only think of Dexter and Shaun. 富貴貓 Marie will keep us posted when she finds out more about the series. She will also reveal whom the outsider is when everything is confirmed.

If Ma Ming is in this series, will he be paired up with Shirley or Selena? 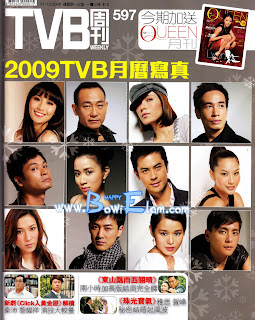 Zing is awesome! For those who do not know who Zing is, check out this article at hk-magazine.com.

Also, check out "Zing by Zing" released in '05 for the HK Cancer Fund featuring a lineup of stars.

*Credits to www.bowielam.com
Posted by hyn5 at 10:40 PM No comments:

This is so great because the 當家花旦s are back!

Flora Chan to film 《青春再發育》 "The Youth Grows Again" with Bobby Au Yeung and Raymond Lam in May '09. Bobby and Raymond will be playing father and son.
Posted by hyn5 at 8:25 PM No comments:

Bosco Wong 《In Love with Bosco》 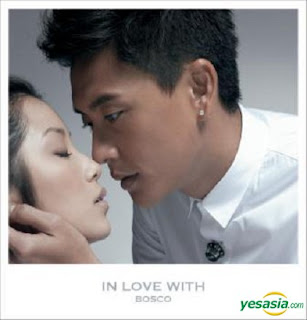 Bosco's debut album comes with five new songs and the sub song, "Which Day", from TVB's 2007 series "Dicey Business". For some reason, I thought his album was going to be called 《全角度愛黃宗澤》, but they decided to basically use the English translation of it. The album features first plug "Love You from Every Angle" (track 1) and the fiery fast song "Hey Boy" (track 2).

全角度愛你 Love You from Every Angle

Personal Note: I don't know how Bosco got signed with East Asia Music. They usually have 實力派 singers, and Bosco is not classified into that category. I must say, Bosco is not that strong vocally or in dance. Bosco is known for being bad at remembering lyrics; now he has to sing and dance. Once he dances, he will not be able to remember the lyrics, and when he sings, he will mess up in his dance steps. There were many occasions where that has happened before while he was performing. Bosco is just not a good multi-tasker. Bosco sings with a lot of lazy sounds. Take the theme of "The Price of Greed", for instance, he doesn't finish singing the ending of words, such as 的 (dik), 色 (sik), or 力 (lik). For some reason, he doesn't say the 'k' sound.


Out of the TVB-ers, I wouldn't be surprised if his music career is the first to come to an end (that is, excluding Kate because she is not a singer yet). Although I say this, I still wish him luck and hope that he will beat out many of the HK (so-called) professional singers.

*Credits to yesasia, tvb.com, and youtube
Posted by hyn5 at 6:46 PM No comments: TVB's energetic ones? Why else would they make them jump? Ah...the ones who sing and dance! Good luck to Kate! What is with Raymond's facial expression? Why would TVB make the one who is going to succeed in all aspects, look the funniest in the group? Actually, Linda's posture is really bad, too. It has always been a tradition to have "oldies" for the month of CNY; however, next year's CNY is in January. Anyway, very happy to see Kiki on here. Hmm.... I thought I heard Charmaine's month was going to be November? The artistes in here are wearing diamonds...are they promoting "The Gem of Life"?

Michael Miu's TVB blog updated, and during the photo shoot, he said that he was taking the photo for November. Thus, they did switch the months around. I guess Ah Miu and Sonija are just not 'big' enough to be in the anniversary month. TVB loves Myolie enough to put her by herself with two 'siu sangs', Sunny and Joe, by her side. For some reason, this whole thing looks like a big mug shot to me.... Shirley lied! How is this supposed to be a rock and roll theme? It seems as though they are dressed to film a cheesy aerobics video. The entire picture seems to have a 'blurred' effect on it, too. Well, at least Ma Ming looks good, and Selena is in the same month. Poor Steven looks so tired! I thought the look for this month was going to be different, but it is exactly how they showed it on the preview. Everybody is just 'popping' into the camera. My favourite month would have to be this one because I like how the makeup is done on them. Also, it just happens that Ron and Tavia are both in it together. Ha ha.... I would say that this is the ugliest month of all. Are the girls supposed to be doing synchronized posing? This one doesn't look bad, but why is Mandy Cho in here? This one would have looked better if Bernice and Maggie were in better postures. The real 'TVB Brothers' are in here. Very nice! "The Gem of Life" group. There is absolutely no way that TVB knew that Gigi was leaving the entertainment business. Why else would they put her in the anniversary month if they knew she was leaving? I guess there is no other group to be the anniversary month. "Gem" is a huge production series, and these artistes are big in TVB. I just noticed that the last three months of the calendar look very similar. They all have a lady wearing red in it. Seems to me that TVB got sloppy near the end of the shoot. I don't know what to say for the month of December. I'll just leave it at that.

Still waiting for the cover of the calendar....