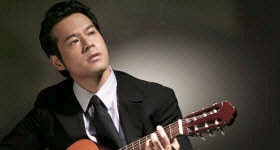 Tsui Wing's first big role was given by producer Jonathan Chik in 2004's "Blade Heart", playing alongside Adam Cheng. Then, he also starred in Chik's "The Dance of Passion" in 2006, playing Yim Kwok Gei. In the same year, Tsui Wing captured the audiences' attention for his role in "CIB Files" (another series produced by Chik). He and Gregory Lee played Organized Crime and Triad Bureau (OCTB) officers. The two of them would make an entrance by rolling in on the ground or kicking down doors. These gestures were memorable to the audience.

Tsui Wing's breakthrough role came from 2007's sitcom "Best Selling Secrets" as Kau Chun. Tsui Wing captivates the character very well, playing a sycophant assistant who is impudent and shameless. He bullies the weak and relies on connections. However, all of those traits are acts to survive in the working world. Deep down, Kau Chun is a loving person who cares for those he loves. His character is loyal and faithful to his boss, Diana (Elvina Kong). For her, he would fight to his death to protect her and not care for his own safety. The role of Kau Chun has really brought out Tsui Wing's acting abilities.

In 2008, Tsui Wing also received a gold medal for servicing TVB for ten years with his other classmates.

Personal Note: I think Tsui Wing is a good actor. He doesn't look bad, he has a great frame, and he also has nice sideburns. I think he is very good at yelling scenes. Not many actors are able to do that without a bit of exaggeration.

As for the other four graduates in the TVB 13th Acting Class picture, I don't know their names.

*Picture from appledaily
Posted by hyn5 at 8:45 PM